GDP vs GDP per capita: Is Australia really 'the lucky country'?

Australia’s longstanding nickname is ‘the lucky country’, based on our prosperity and reinforced, in part, by nearly three decades of consecutive annual economic growth. However, digging slightly deeper into the ‘lucky country’ moniker suggests all is not what it seems.

Firstly, the quote. Originating from Donald Horne’s 1964 book, ‘The Lucky Country’, the entire phrase states, ‘Australia is a lucky country run mainly by second rate people who share its luck. It lives on other people’s ideas, and although its ordinary people are adaptable, most of its leaders (in all fields) so lack curiosity about the events that surround them, that they are often taken by surprise.’

Horne’s quote has long been twisted to fit a specific context. A similar argument can be made that this is also the case for Australia’s economic growth as measured by its GDP numbers.

How economic growth is measured

Economic growth is typically measured in terms of gross domestic product (GDP), a measure of the value of all goods and services produced in a given country, across a given timeframe. 28 years without a recession (technically)

Australia’s last recession ended in 1991, and since then, there have only been three individual quarters of negative GDP growth. In December 2000, as a result of the dot-com crash and recession across Europe; in December 2008, during the Global Financial Crisis; and in March 2011, due to the Queensland floods.

With the recent bushfires, subsequent flooding and impact of the Coronavirus on tourism and international students, there is a strong possibility Q1 2020 will be the fourth.

Overall, Australia has had relatively high levels of economic growth (3.3% annually) compared to other developed economies between 1992 and 2017, placing it eighth out of the 32 Organisation for Economic Cooperation and Development (OECD) nations.

The last couple of years have seen weaker GDP growth, capped with a 1.7% growth rate for the 12 months to September 2019. GDP per capita growth over this same period, however, was a much more modest 0.2%. Is GDP per capita a better measure?

GDP per capita is a measure of a country’s economic output that accounts for its number of people. It simply divides the country’s GDP by its total population. Growth in GDP per capita demonstrates how much economic growth is exceeding population growth, which can be used as an indication of improvement, or decline, of living standards.

Australia recorded relatively strong growth in annual GDP per capita between 1992 and 2017, but did not outperform other OECD countries to the same extent as overall GDP. This underscores the importance of population growth, and the sometimes-controversial role of immigration in particular, in accounting for the resilience of Australia’s economy since the 1991 recession.

Effectively, where GDP is the ‘lucky country’ part of Donald Horne’s quote, GDP per capita paints a more nuanced picture. What about a ‘per capita recession’?

The claim that Australia has gone almost three decades without a recession has been under fire in recent years, particularly as Australia suffered a ‘per capita recession’ to close out 2018. The September (-0.1%) and December (-0.2%) quarters saw negative GDP per capita growth.

Additionally, while there have only been three negative GDP growth quarters since 1991, there have been 20 quarters of falling GDP per capita growth.

However, it may be unfair to call consecutive quarters of negative per capita growth a recession at all, as it more closely resembles a slowdown. For example, through the 2006 ‘recession’, job growth remained solid, unemployment fell, and it occurred while Australia was in the midst of its mining boom.

Growth slowing below the level of population growth, especially with weak wages growth and high underemployment, is a concern as it effectively highlights that people are less well off than they were before. A per capita recession on its own, however, is not necessarily the same as a real recession, and the three seen over the past 28 years do not compare to the impact of the 1991 recession on jobs, confidence and economic welfare.

Examples on the global stage

In 2018, 17 countries, the majority of which are emerging economies, recorded positive annual GDP growth, but negative growth in GDP per capita. Of these countries, Bahrain experienced perhaps the greatest disparity between annual growth in GDP (1.78%) and GDP per capita (-3.11%), with population growth at 4.92%.

Compare the emerging economy of Bahrain, to one of the world’s most highly-developed economies’ in Japan. In 2018, Japan’s annual GDP growth was 0.78%, a full 1% behind Bahrain. However, with an ageing population and shrinking workforce Japan’s population declined 0.2%, meaning GDP per capita was actually higher at 0.99%.

While the economic profiles of Japan and Bahrain are vastly different, the above demonstrates an increase in GDP per capita, as in Japan, does not always make it a better indicator, particularly when a country’s population is in decline.

As more major economies begin to reach peak population, as currently experienced by Japan, Russia and some of Western Europe, their GDP growth will, in turn, begin to decline unless they find ways to become substantially more productive, and do ‘more with less’.

Australia’s population is expected to grow 24% to 31.4 million by 2034, meaning over the medium term our GDP figures should continue to be propped up by this increase. However, if productivity and population growth were to decline at the same time, we might need to reconsider how we measure economic success, particularly if gross GDP numbers become consistently negative year in, year out.

Presently, just under half of the world’s population live in countries with a fertility rate below the replacement rate. Because these countries are not repopulating fast enough to maintain their current population, an imbalance is emerging between the ratio of elderly dependents to working-age people. This is set to intensify over coming decades.

The United Nations predicts that by 2100, almost 30% of the population will be aged 60 or older. As life expectancy continues to increase steadily, dependents will live longer. This will have a range of economic impacts.

Healthcare costs will strain resources, while smaller working populations will struggle to produce enough income tax revenue to support these rising costs. If left unchanged, this will likely cause spending power to decrease, consumerism to decline, job production to slow, and ultimately, the global economy to stagnate.

Immigration has been a solution for many countries, particularly Australia and the United States. In 2017, Australia’s net migration figure was 263,300, which represented 1.07% of the population, while the US figure was 4,774,029, representing 1.47%.

Several nations are already experiencing the effects of an ageing population with existing elderly dependents. A quarter of Japan’s population is currently over the age of 65. With a far lower net migration rate (357,800 in 2017, representing just 0.28% of the total population), Japan is attempting to utilise R&D and technology to substantially increase productivity and offset the demographic driven slowdown of its GDP. 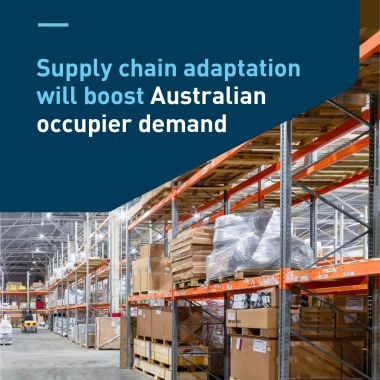