After tax returns and the value of franking credits

Part of the advantage of the Cromwell Phoenix Property Securities Fund (Fund) over other REIT investment options, is that it is managed to maximise after-tax returns. This is the real measure that matters to investors. Unfortunately, the funds management industry doesn’t typically report this way, instead showing investment returns on a pre-tax basis; and it is this nuance that can lead to the under-pricing of franking credits.

While REITs have historically been trust structures, the more common structure among many large capitalisation REITs today is a combined trust and company structure. This is important, because companies pay tax on their earnings before distributing dividends and it is in this context that franking credits become important.  Franking credits were introduced in Australia to stop the double taxation of company profits subsequently distributed to investors via dividends. These franking credits, representing company tax already paid, can be used by investors to reduce their tax bill. Over the last six tax years to June 2022, the Fund has delivered franking credits that have ‘topped up’ investors income by an average of 0.451% per annum.

This article takes a closer look at the somewhat dry subject of franking credits and how they can help to maximise your after-tax returns.

Some of the stocks held in the portfolio are traditional corporates, subject to Australian tax, and are therefore likely to generate franking credits under the Australian dividend imputation scheme. These are valuable to investors and should influence how the portfolio is managed.

The table set out above shows the impact, with each column representing a different investor category. For example, the second column, labelled ‘Accumulation’ shows how a super fund investor in accumulation phase gets $85 of after-tax value from a $70 fully franked dividend. The performance figures for the Fund only capture the $70 of cash dividend. The uplift goes unreported but is clearly valuable. Goodman Group (ASX:GMG) (Goodman) and Charter Hall Group (ASX:CHC) (Charter Hall) are both Australian listed property securities that derive earnings from a combination of rental income, development and funds management activities. Goodman is focused on industrial property and diversified geographically with operations in the US, Europe and Asia in addition to Australia and New Zealand. Charter Hall is diversified across multiple property sub-sectors, but the business is focused geographically on Australia.

There are of course many other differences between these two securities, but Charter Hall’s domestic focus results in its corporate earnings being subject to Australian tax, and as a result, Charter Hall pays out franking credits. Goodman’s global business, on the other hand, will likely pay at least some tax in foreign jurisdictions, and these tax payments won’t come with franking credits. All else equal, an Australian investor should prefer the domestic business, because their after-tax returns will be higher.Sometimes it gets even better.

The Cromwell Phoenix Property Securities Fund holds a position in property development company Sunland Group (ASX:SDG) (Sunland). Sunland has been a profitable business for many years and has retained some of its profits to grow the business. As a result, it has built up a significant franking credit balance.

Following a strategic review, Sunland has elected to wind up its business and return all capital to shareholders. Phoenix has held a position in Sunland for many years – we like the business and management team and believe the company has been an excellent steward of shareholders’ capital.

A wind-up of the business may seem like a drastic step, but the share market has never really valued Sunland appropriately, with the stock price trading at a material discount to the book value of the company’s assets for most of its listed life, thereby ascribing negative value to the goodwill of the business. Furthermore, a sizeable franking credit balance has also been ignored by investors. For a tax-aware investor like Phoenix, we find this appealing.

At the risk of over-simplifying the transaction, as Sunland goes through the process of completing projects and selling inventory, it will pay out all cash proceeds as a combination of fully franked dividends and a return of capital. Table 2 shows some key metrics immediately prior to the announcement of the Sunland Group Strategic Plan, and the share price reaction to the announcement on 20 October 2020. Despite the strong share price reaction to the announcement, Phoenix lifted its exposure to the stock given the increased certainty of the recognition of value.

Over the subsequent 18 months, Sunland have made significant progress towards the strategic goal and has recognised further profits from the sale or completion of several development projects, such that the eventual outcome is likely to be even better than the original estimates.

For Australian taxpayers on low tax rates, such as super funds or foundations, the value of such a transaction is ‘super-charged’. Pun intended. Portfolio construction needs to consider a myriad of factors. Most of them require estimates of the future. At least with tax, the framework for analysis is reasonably steady, and a tax-aware strategy can deliver with certainty in a somewhat uncertain world.

In the lead up to the 2019 Federal Election, Cromwell provided a brief overview and history of franking credits. CLICK HERE TO READ IT. 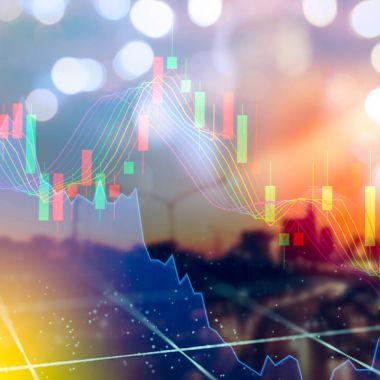 What do higher interest rates mean for your investments?