Suite dreams are made of these: Hotels hit the big time

Hotels have long been grouped into the category of ‘specialty’ property, alongside the likes of seniors’ living, student accommodation and even data centres. However, as investors continue to look for alternatives to the mainstay real estate sectors, the hotel market has become an increasingly acceptable option for many institutional investors.

Hotels are categorised in numerous different ways, including star ratings, size of hotel and number of rooms, location, ownership and affiliation, and also the type of hotel which is aligned to its offering.

The most common types of hotel markets include business, airport, resort or leisure, casino, convention and conference hotels. The hotel asset class possesses a number of key differences when compared to some other real estate sectors.

All hotels require an operator, but whilst the operator and underlying investor (or owner) can be one and the same, particularly for boutique hotels, this is not necessarily always the case.

Many larger branded or chain hotels tend to have a mix of several ownership types including direct ownership, management contracts or franchise arrangements. For example, just because the name says Hilton, does not mean the Hilton Company owns the property.

A hotel room, like an airline seat, is a perishable good. That is, once a specific date occurs, every room not booked for that night perishes. Similar to airline seats, there is no market for yesterday’s rooms.

This presents a challenge as every hotel obviously wants as many rooms as possible booked each night, albeit the temptation is often to discount the room. Ongoing discounting, however, can damage a hotel’s brand and lead to other challenges.

Hotel prices are put through a rigorous prediction process. Pricing rooms is not as simple as knowing when peak and off-peak seasons are. Rather, the hotel looks at the past year’s demand and compares it to larger trends correlating with the wider hotel industry. These include the economy of the country in which the hotel is situated, competitors’ prices for similar rooms, and even weather patterns.

A hotel will also look at its booking history. In doing so, the hotel seeks to identify the ‘booking curve’ in order to understand the optimal number of rooms that should be booked at certain intervals in advance (generally one, two and/or three months).

The overarching goal for every hotel is to ensure the most rooms are booked per night, at the highest price possible. As such, during stretches of lower demand or if actual bookings are lower than projected, room prices can be decreased to incentivise last-minute booking. On the other hand, prices are generally raised when demand is high.

Online booking platforms have become an important tool to ensure the greatest possible number of rooms are occupied on a nightly basis, particularly when demand is low during off-peak times.

Third party agency sites such as Booking.com act as an intermediary between guests wanting to make a reservation and a hotel. These platforms also have a broader reach compared to a hotel’s own website, so while they can direct additional bookings to a hotel, they also charge for the privilege. This, in turn, eats into the hotel’s profit - hence why hotels usually advertise that the best rate is obtained by booking direct.

Almost every major hotel chain has a loyalty programme to encourage travellers to stay with their chain wherever they travel across the globe. Similar to airline loyalty schemes, their hotel counterparts offer varying levels of membership and rewards for staying with a particular chain, or group of hotels.

While slower global economic growth is expected to provide a headwind, hotel investment volumes are expected to hold steady in 2019 as a result of pressure to deploy capital, hotel occupancy and room rates remaining positive and the attractive yield profile hotels generally offer compared to other sectors.

Volume in the Americas is expected to be flat, while an increase in Asian markets is expected to offset a slight decline in Europe. It is expected that total transaction volumes will be US$67.2 billion, essentially unchanged from 2018’s US$67.7 billion. Single-asset deals are expected to dominate in the near term. The lower volatility in the return profile of hotels reduces the volatility of funds, while slightly increasing the returns. As such, hotel assets provide a stabilising effect to the diversified funds to which they are added.

Overall, transaction volumes are anticipated to drop between 5% and 10% on 2018, to just over US$21 billion. However, the sentiment towards the asset class remains largely positive, as demonstrated by the acceleration in hotel development activity.

Germany and the UK account for nearly 60% of rooms under construction across Europe. These two markets are expected to absorb the additional supply across the medium term off the back of the strong tourism growth forecasts.

In 2018, Europe received the largest amount of cross-border investment, largely attributed to Asian and Middle Eastern investors. The region is expected to remain an active destination, particularly from Asian investors who are keen to take advantage of currency benefits.

Diverse sources of core and core-plus capital are increasingly weighing up investment into hotels. Japan is one of the most active markets due to the Rugby World Cup and Tokyo 2020 Olympics, but China and Singapore are also on investors’ radars, with the positive trend in hotel trading performance set to drive prices upwards.

APAC activity is expected to see a 15% year-on-year increase in 2019, although transaction volumes will still be a modest US$9.5 billion.

All eyes on Japan

Through the first half of 2019, Japan’s hotel market recorded the highest domestic transaction volumes in Asia Pacific at US$1.14 billion. Japanese REITs accounted for almost half of this investment, with demand rising off the back of low borrowing costs and expectations of continued market growth as a result of large-scale events such as the 2019 Rugby World Cup, Tokyo 2020 Olympics and the 2025 World Expo.

The Rugby World Cup is responsible, in part, for the 12% increase in international visitors forecast to descend on Japan throughout 2019. It is reasonable to anticipate an even greater increase in 2020, as 10 million visitors are expected to attend the Olympic Games.

Even though Tokyo will have 170,000 rooms in 2020, up from 30,000 in 2017, a number of prominent hotels are already hanging ‘no vacancy’ signs for the Games, illustrating continued strong demand for at least the next few years.

In the US, large portfolio deals are expected to dominate investment. Transaction volumes across the Americas in 2019 are forecast to meet the $36.5 billion mark set in 2018. Despite no year-on-year growth, this is still up significantly on the region’s US$28.2 billion transacted in 2017.

2018 represented the tenth consecutive year of growth in North America’s hotel performance, although it appears as though the development pipeline has reached its peak and begun to slow. This has resulted in increased confidence amongst investors, particularly in major markets such as New York.

Mixed-use buildings, combining hotel, residential, office and/or retail space in a single building or precinct have gained increased traction in recent years. Mixed-use buildings increase diversification for investors and allow them to blend their offerings to meet the increasing demands of their guests.

Demographics are a major consideration for all hotel investors and operators. In Australia, millennials on average spend the most on accommodation per night. This gives rise to an emerging challenge, particularly given the growing rise of Airbnb amongst this demographic. Hotels must create a point of difference to ensure they continue to attract customers in the face of this popularity.

Rise of the global middle class

The rise of the global middle class also shows no signs of slowing, increasing from 1.8 billion people in 2009, to a forecast 3.2 billion in 2020 and 4.9 billion in 2030. The bulk of this growth comes from Asia, which will represent two-thirds of the global middle-class population by 2030. As a result of this rapid rise, the sheer number of people looking to travel, and stay at a hotel, is growing quickly.

Consumers are also placing less emphasis on acquiring material goods, and more on seeking out experiences. This is particularly evident in the global luxury travel market, which is forecast to reach US$1.1 trillion by 2025, representing a compound growth rate of 4.3% between 2017 and 2025.

Investors are also seeking alternative options to the traditional real estate sectors of office, industrial and retail to diversify their returns. As pressure mounts to deploy capital, the positive longer-term dynamics continue to heighten the appeal of hotel assets. Across the five years to 2018, 70% of hotel investments were made by investors looking to diversify, rather than those seeking hotel-specific funds.

Hotels, like any other asset class, have positives and negatives as an investment option. However, there is a lot to like about the sector, including its ability to diversify investor portfolios and sustained medium-term growth in demand off the back of the experience economy, tourism boom and continued rise of the global middle class. 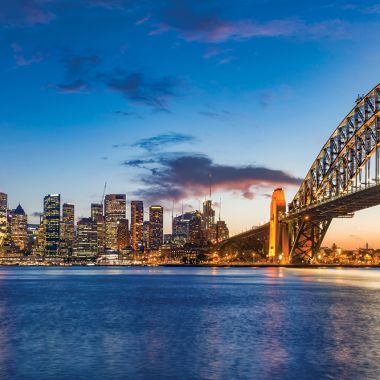