The ARA Asset Management (ARA) requisitioned Extraordinary General Meeting (EGM), to attempt to elect ARA’s nominee Dr Gary Weiss to the Cromwell Board of Directors, was held on Monday 30 March 2020. The EGM represented ARA’s second attempt to get Dr Weiss elected to the Board, four months after the first attempt failed at the November 2019 Annual General Meeting (AGM).

A significant number of Cromwell securityholders exercised their right to vote, whether by proxy before the EGM or by voting on the day.

In excess of 95% of the proxies received before the EGM were against Dr Weiss’s election. On the day, the resolution was decided on a poll and was defeated 59.09% to 40.91%.

Before the EGM, Cromwell wrote to securityholders to draw attention to Dr Weiss being conflicted, overcommitted, not independent and having been rejected by securityholders just four months earlier at the AGM in November 2019.

Dr Weiss’s demanding commitments include his role as Chair of Ardent Leisure (owner and operator of Dreamworld) and Estia Health and his role with the Australian Rugby League Commission. Cromwell noted that Dr Weiss’s significant commitments on other publicly listed and private boards exceed the levels accepted by institutional securityholders who consider overboarding to be high risk and bad governance.

After the vote, Cromwell Chair Leon Blitz again extended his offer to ARA CEO John Lim that Cromwell would be willing to consider a suitable candidate who is not overboarded and is not conflicted.

ARA has again declined to nominate anyone else. On a number of occasions, they have instead chosen to reiterate their insistence that Dr Weiss be invited to join the Board. This is obviously in contravention of the wishes of securityholders, as expressed by the outcome of the securityholder vote at both the November 2019 AGM and March 2020 EGM.

Cromwell’s invitation to ARA to put forward a suitable candidate has been extended on numerous occasions. However, it has been rejected every time it has been offered. Since the EGM result, the Tang Group, with whom ARA have a “longstanding business relationship”, as shown above, has continued to acquire securities in Cromwell.

The acquisitions in April 2020 were made by Gordon and Celine Tang’s daughter, Jialei Tang. Since her first acquisition in December 2018, Jialei Tang has built a stake in Cromwell to hold more than 123 million securities or 4.72% of Cromwell’s issued capital as at 5 June 2020.

Additionally, during April 2020, a foreign custodian disclosed to Cromwell that they have held more than 22 million Cromwell securities on behalf of Janet Yeo alias Yang Chanzhen since at least 8 March 2019. Madam Yang Chanzhen is Gordon Tang’s mother.

Under section 672 of the Corporations Act 2001 (Cth) (Corporations Act), Cromwell makes formal requests of registered holders like custodians for disclosure of all relevant interests in Cromwell securities.

Additionally, commencing May 2020, ARA has continued to acquire securities in Cromwell.

Cromwell notes that both ARA and the Tang Group are foreign investors and are required to comply with the requirements of the Foreign Acquisitions and Takeovers Act 1975 (Cth).

The information in this document has been prepared in good faith and has been obtained from public sources and register disclosures including (but not limited to) ASX substantial holder notices. To the best of its knowledge Cromwell Property Group believes that reliable sources have been taken into consideration and the information is accurate. Cromwell Property Group makes no representation or warranty that such information is accurate, nor accepts any liability for any harm, loss, costs or damage arising from the use or reliance on the information and is released from all liability of any nature arising out of any loss or damage suffered. 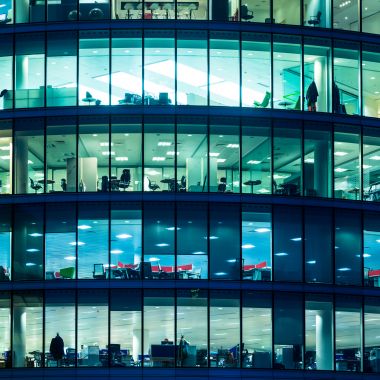 The essential guide to investing in unlisted property trusts